This December, the iconic OPM band will take audiences on a rock journey down memory lane once again with Aegis na Aegis: A Story of Us in the comfort of their own homes via the online streaming platform www.ktx.ph.

Presented by Resorts World Manila (RWM) in cooperation with Full House Theater Company and Ultimate Shows, Inc. with direction, concept, and script by Lambert De Jesus, Aegis na Aegis: A Story of Us rocked the stage of RWM’s Newport Performing Arts Theater back in 2017. The show also features The Draybers frontman and The Voice of the Philippines season 1 winner, Mitoy Yonting.

With multiple hits easily found in thousands of videoke song lists in the country, a crossover tribute in the form of a stage musical entitled 'Rak of Aegis', and 10 platinum and gold albums, there is no denying that Aegis is indeed one of the Philippines' best acts in music.

In this show, Aegis looks back at their flourishing career spanning two decades to share with their fans their personal experiences on their journey to rock superstardom. From the heartfelt lines penned by Celso Abenoja for their remarkable debut album, to their selection of rock anthems that are given new verve by the sisters' live vocal fusion, Aegis had given audiences another surefire hit concert.

Catch Aegis na Aegis: A Story of Us via online streaming on the following show dates:

Tickets are now available on www.ktx.ph. Catch the early bird rate of Php 600 until November 26, 2020 only. 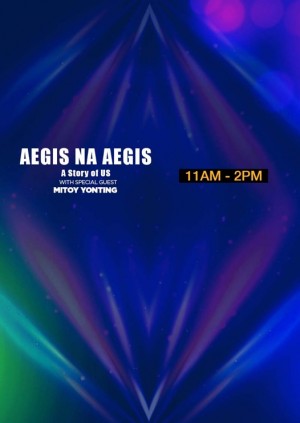