Care Divas is a disarmingly funny and candid musical drama about five transgender Overseas Filipino Workers (OFW) in Israel who work as care givers in the morning and transform into glamorous drag queen performers at night. While desperate to make ends meet, they also struggle to search for acceptance in a foreign land. Care Divas is directed by PETA’s Artistic Director, Maribel Legarda. 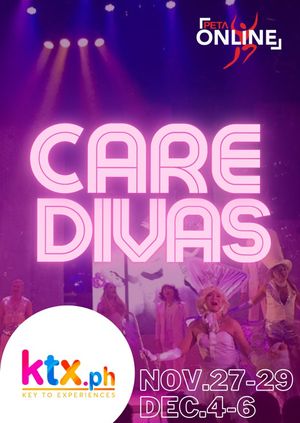