The Palanca Award-winning musical 1896, is PETA’s thundering musical production and first and only sung-through musical. Written by Charley dela Paz with music by Lucien Letaba, the musical was staged in the run-up to the Philippine centennial celebrations in 1998 and rerun a number of times after, starred Ariel Rivera as Emilio Jacinto, Rody Vera as Andres Bonifacio, and Bodjie Pascua/Lionel Guico as Emilio Aguinaldo and Noel Cabangon as Jose Rizal. It was, in the words of political commentator Manuel L. Quezon III, “the highlight of the Centennial celebrations and a musical I wish would be constantly performed.” 1896 is directed by theater stalwart, the late Soxie Topacio. 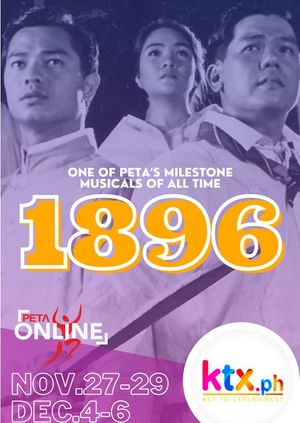