Camille (10 years old) moves in a new town and lives in a familiar house together with her irresponsible and drunk Mother, Emilia (45 years old). Living underoneroof, the child learns that her mother loathes her when she calls her “Mama.” Despite this, she still pursues her love believing that Emilia might just be mad at her, and things will go back to the way they were. She tried cooking her favorite dish, gave her hugs when she needed it, but noneof it seems to be making any difference.

At school, Camille befriends Tisoy, a 10-year-old Albino, who is famous for being called an Engkanto because of his skin color and extreme sensitivity to sunlight. He always wears sunglasses to cover his eyes. Because of the widespread rumor of him being an engkanto, he also starts to believe that maybe he is. Alex (10-year-old) and his two other friends, known as the school bullies,onthe other hand are planningonruining the budding friendship of the new girl and the Albino.

As the tensiongrows and more violent outbursts in the household, Camille and Emilia become more distant towards each other. The child finds a stray cat and treats it like a human, and instantly it becomes her go to personwhen the going gets rough inside the house.

Oneday, Camille picks up a horror engkanto magazine from a classmate who dropped it. She reads it and learns about these mythical creatures being able to copy a human being and replace them. The said creatures hide them someplace noonecan never find. She looks for more readings and ends up stealing some of it. The books and magazines taught her how to recognize a shape shifting engkanto; the most evident are the red eyes, fair complexion, and extreme detachment to other people. She now understands why the people at school call Tisoy an engkanto.

Oneday, the school bullies forced to remove Tisoy’s sunglasses, revealing his red-pinkish eyes. Camille now believes that her friend is an engkanto. Eager to save the friendship, Tisoy made a promise that the he would never harm Camille- she believes him.

After several hauntings and a big argument between Camille and Emilia, the child suddenly realizes that her mother is manifesting the signs of being an engkanto listed from her readings and some similar characteristics from Tisoy. These signs included sudden changes to violent behavior, inconsistent physical features like a missing birthmark, and how she suddenly became aloof towards other people.

Untiloneday, Emilia killed the cat by accident. This enraged Camille to fight back, but she can’t because Emilia is too strong for her. She finally started to believe that Emilia is an engkanto. Then for a brief moment she realized that if Emilia is an engkanto, where is her real mother? She looks for answers in her books and magazines. She then learns about a ritualonkilling an engkanto to bring back her original mother.

Fearing for her life, Camille asks for help from other people and from Tisoy. She eventually learns that Tisoy had been missing for days. Camille discovers that the school bullies did something terrible to Tisoy. Camille is now alone, with a monster inside her house. Nonetheless, she has to do something.

Meanwhile, Emilia learned to love Camille, she realized that she’s been giving the child a hard time where in fact she should be helping her recover and be a mother to the unfortunate child, rather than an irresponsible aunt to her niece.

It will be revealed that Camille has Dissociative amnesia after surviving a tragic car accident but killing her original mother. Her conditionmade her think that Emilia, her aunt, is her mother and that they both survived the car crash.

Eager for her original mother’s return, Camille proceeds with the ritual. She traps and tortures Emilia, believing that her real mother might appear.

In the end, Emilia burned to death and no engkanto was seen. Inside the burning circle Camille made, she waits- still expecting her real mother to appear. 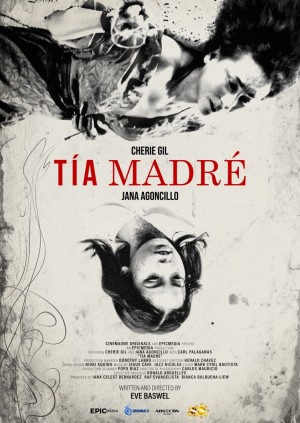