Synopsis: It's the 21st of September 1972, and Martial Law has just been declared.  On the suspicion of planning to assassinate President Ferdinand Marcos, Geny Lopez (Christopher de Leon), son of business tycoon Don Eugenio Lopez (Armando Goyena), is arrested and detained together with other political oppositionists like Sergio Osmeña III (Richard Gomez), son of Sergio Osmeña, Jr. (Amado Cortez), a political opponent of President Marcos. The dictator coerces the senior Lopez to surrender all their businesses to his cronies. As Geny and Serge patiently wait for the resolution of their case, their families do everything in their power to work for their immediate release. But after four long years of illegal detention and numerous pleas dismissed, Geny and Serge resolve to do the impossible -- escape the tightly secured military fortress and start anew in a foreign land. 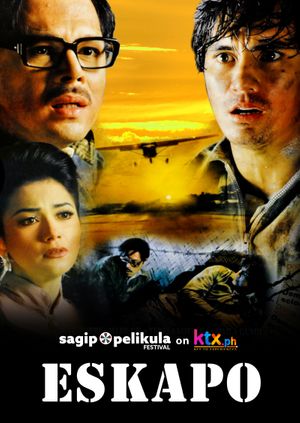