A light-hearted show with a big message! Christine Bellen’s Batang Rizal, directed by Dudz Teraña and music by Vincent De Jesus, allows the audience to see Rizal as a child. "Much has been written about Rizal's life, but little has been said about his childhood," says playwright Bellen.

Batang Rizal is about the journey of Pepito, a young boy who accidentally damages a statue of the young Jose Rizal. In his struggle to repair it, he comes across a magical book that takes him to the time of the young Jose "Pepe" Rizal. Together they traverse time and meet various characters from the past and present. During their magical journey, they find out the truth about heroes and how one, no matter how old or young they are, can be one. 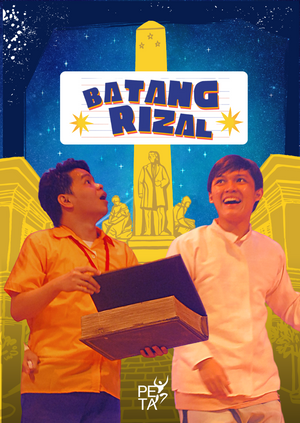